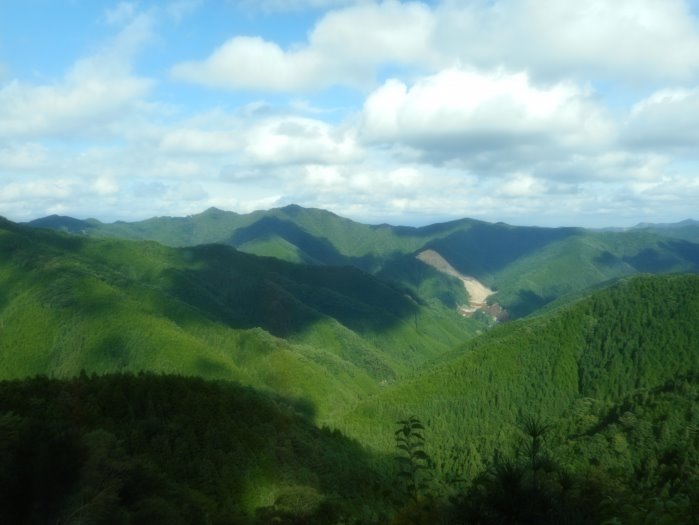 What’s there behind Koyasan? 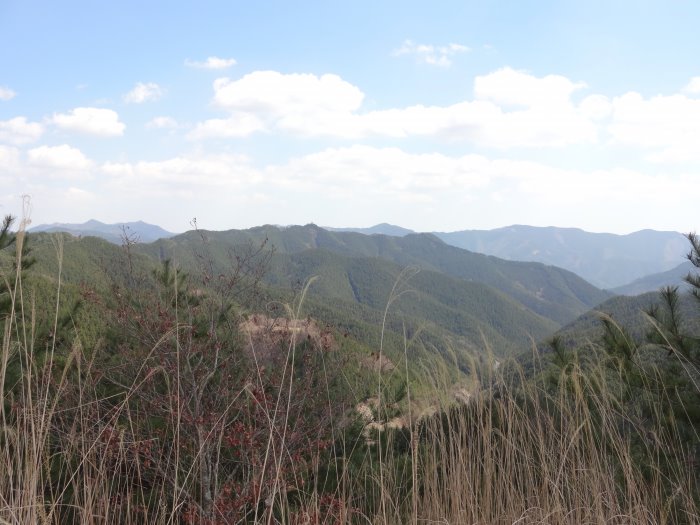 When you look towards south from Rokuro pass on Nyonin-michi (women’s path) surrounding the precincts of Koyasan, you see nothing but ranges and ranges of mountains. It looks like nobody is living in this area. However, there are some hidden secret sites which not many foreigners have ever stepped into. Today, I would like to introduce to you Nosegawa Onsen (spring) and Tate-Riko Shrine.

Nosegawa Village in the distance

Nosegawa-mura is a village that can be reached only by driving a car for about 50 minutes from Koyasan. There is no bus service available but if you make a reservation for staying overnight in Hotel Nosegawa, they pick you up by a mini-bus at Koyasan station. The dimension of the village is 155 ㎢ which is equivalent to that of Sakai city in Osaka but the population is only 414 as of May 1, 2017 whereas as many as 850,000 peoples live in Sakai city. 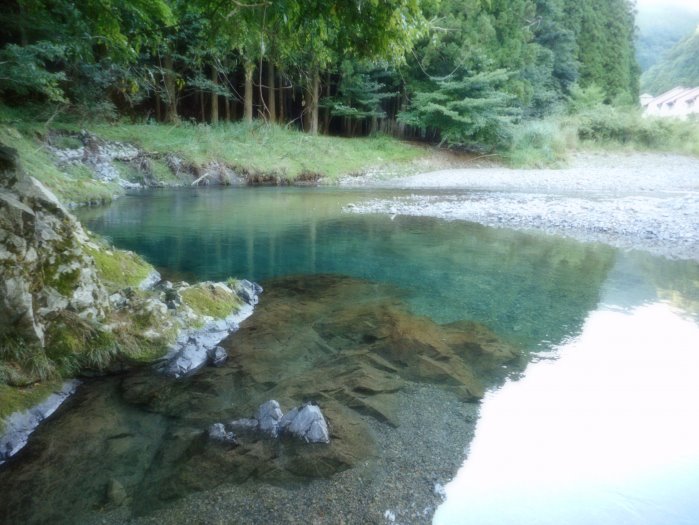 Now, you see how scarcely this village is populated! Located in southwestern portion of Nara prefecture, it is surrounded by Mount Natsumushi (1,349 m), Obakodake (1,344m), Kojindake (1,260m) and others in the Kii mountain range. Many rivers run through the village and are eventually united by the Totsukawa River which flows to the Pacific Ocean. 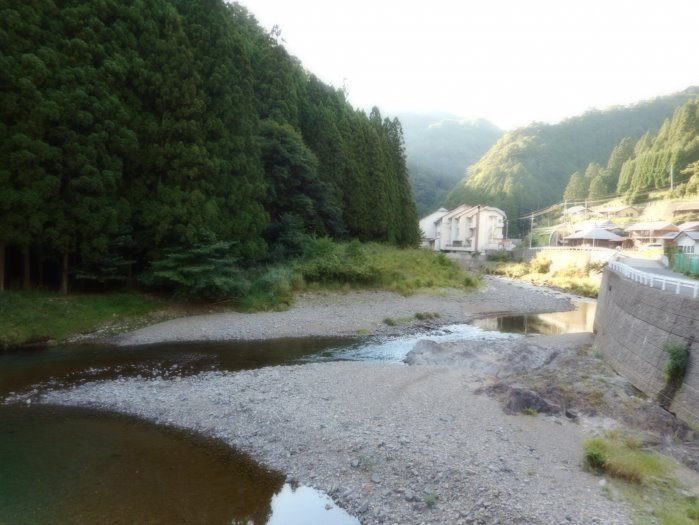 A river flows behind Hotel Nosegawa

As the village is in the mountain climate, it is hard to be reached during winter because of heavy snow and ice. Well, that means, it is the ideal place to visit during the hot summertime! The temperature is even lower than in Koyasan. Nosegawa can be termed as a sort of “Hokkaido in Kansai region”. Why don’t you spend a cool and absolutely quiet summer holiday deep in the mountains in Nosegawa? 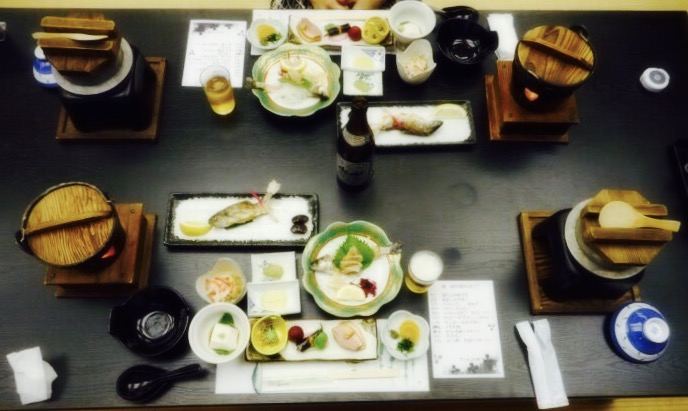 Hotel Nosegawa is the only hotel available there but there are also some Minshuku and lodges for camping around the hotel. Hotel Nosegawa is recommendable to tourists for its pick-up service from/to Koyasan station, its famous fresh Amago (a kind of trout) meals and a nice hot spring. 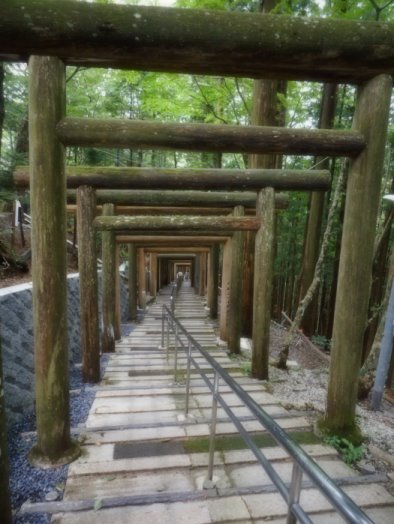 Maybe, many of you have already visited Fushimi Inari Grand Shrine in Kyoto famous for its thousands of vermillion Torii gate but do you know that behind Koyasan, there is also a prestigious shrine similar to Fushimi Inari? Taterikou Jinja (Shrine), which is almost unknown to foreign tourists, stands on the summit of Kojindake (1,260 m). From the precincts of the shrine, you can command an awesome panoramic view of mountain ranges of Nara, Wakayama and Osaka all together! 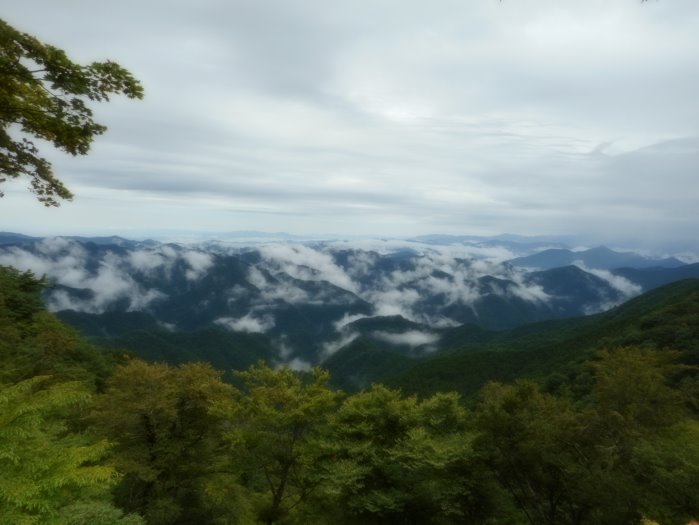 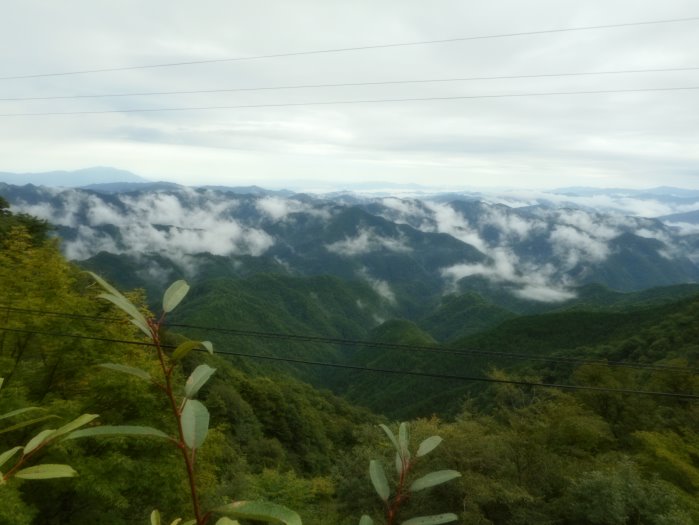 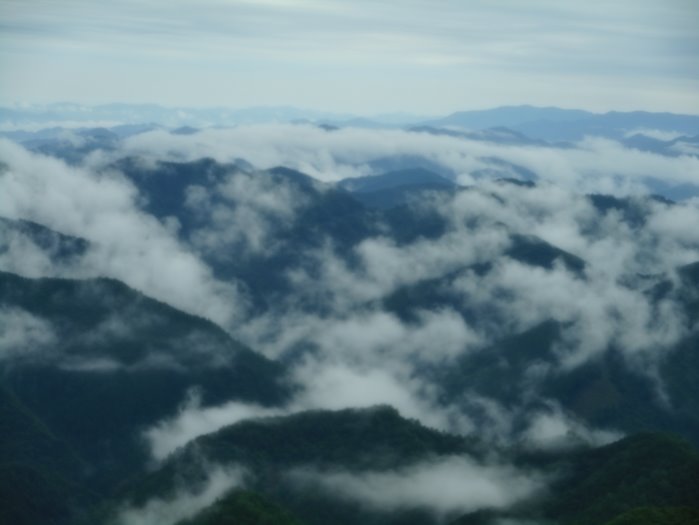 Sea of clouds, a view from Taterikou Jinja (Shrine)

In the early morning after a rainy day, if you are lucky, you may be able to see these mountains emerging out of the sea of clouds. This is really something to see!

The origin of Taterikou Jinja  is not exactly known but it is said that the shrine was built sometime during the early Heian-period (794~1192). Historically, it has a strong connection with Koyasan. Prior to the start of construction of a monastery of Shingon esoteric Buddhism in Koyasan in 816, Kobo Daishi, founder of Koyasan, drew an image of Sanpo-Kojin as the principal deity of the shrine and performed 17-day-long ascetic trainings here in prayer for prosperity and protection of Garan part of Koyasan. 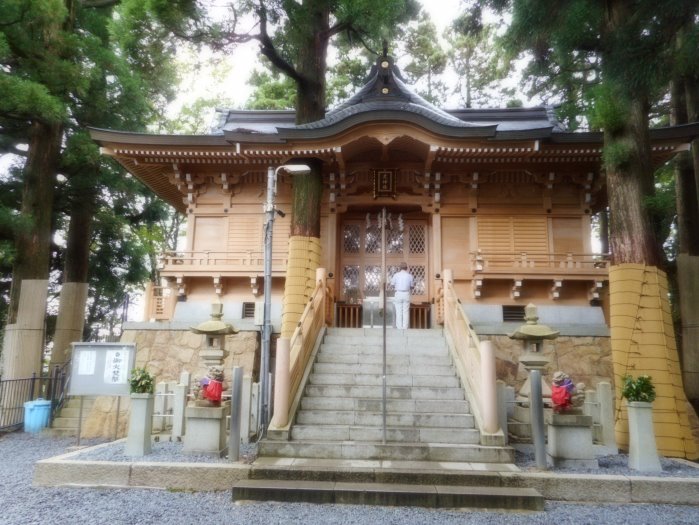 Since then, people have visited this shrine to pray to Sanpo-Koujin for letting them escape from plagues, water and fire disasters. Appearing as a wrathful deity, Sanpo-Koujin commands 98,000 demon attendants and subjugates the wicked. Koujin is a very important divinity worshipped by the Shugendo order, a syncretic mountain religion combining Shinto and Buddhism. Nowadays, Koujin is widely revered as one of the deities of cooking range. In the kitchen of Kongobuji Temple of Koyasan, Sanpo-Koujin is enshrined above the three large caldrons.