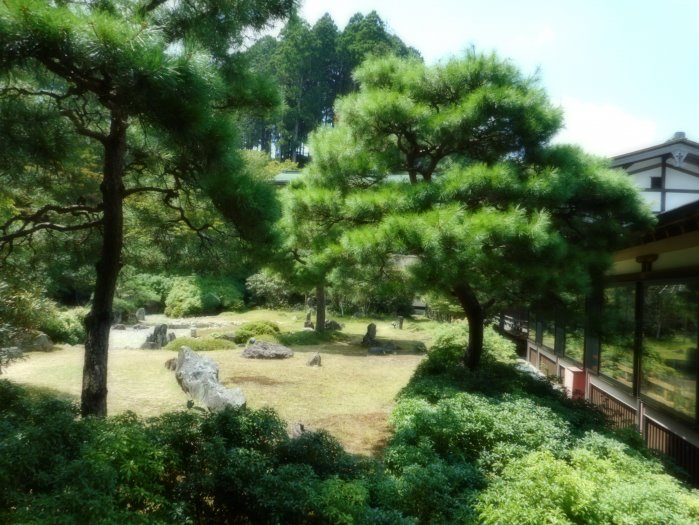 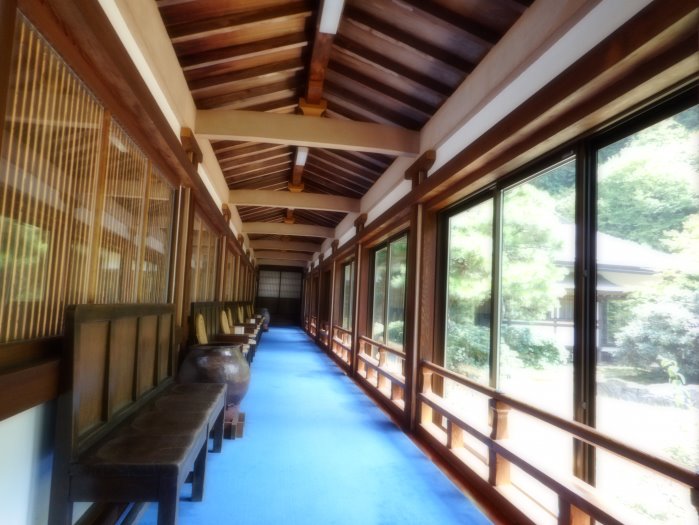 The abbot of Sainan-In temple is planning to open a café in September, 2017 so that visitors can enjoy a cup of coffee or green tea while viewing splendid scenery of the rock garden against the mountain on the back. The size of the temple and the rock garden is fairly large and there is even a secret small path you can follow through the garden up to the background mountain leading up to the Nyoninmichi (Women’s path). No tourists have stepped into the path so far, yet. Sainan-In temple also offers lunch and lodging to visitors with a reservation. 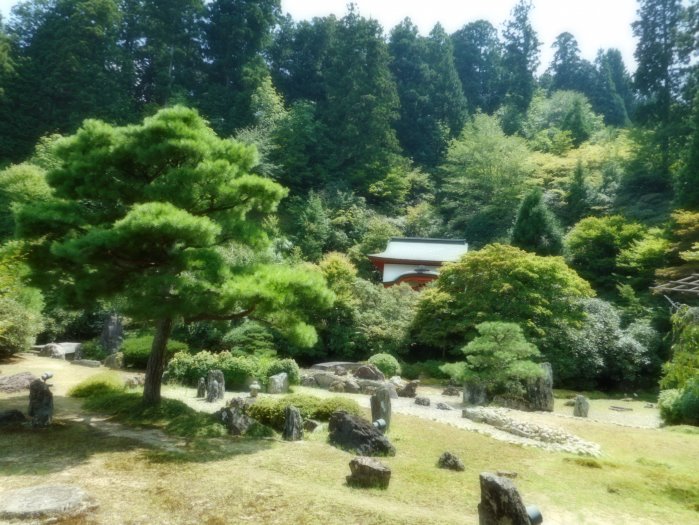 I would like to introduce you a little about Sainan-In temple located at the western edge of Koyasan precincts. The temple, so far little known to tourists, stands quietly along the road close to Daimon (Great Gate). You can locate the temple by a gate painted in light yellow. The size of the temple is much larger than you may expect. The original temple was constructed, presumably, sometime before 891. 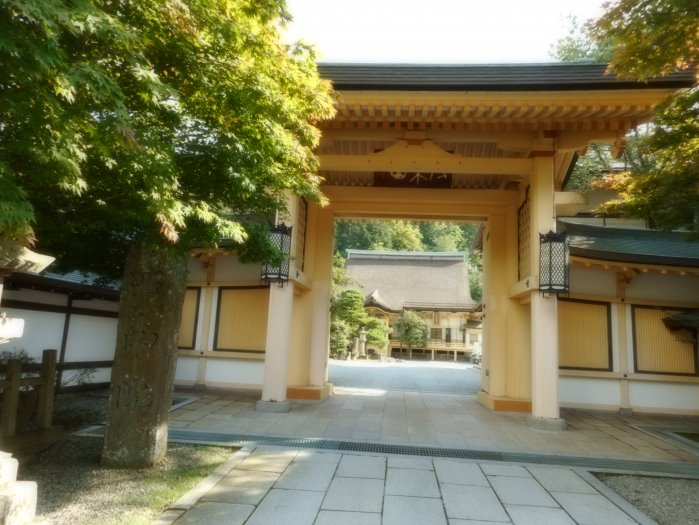 In Japan, direction means a lot in constructing a house or a temple. Northeast has been superficially considered to be an unlucky direction called “Kimon” (the demon’s gate) from which demons come and bring misery and suffering, whereas southwest is often called “Ura-kimon” or Demon’s Back Gate, and it is believed that from this direction misfortunes come. Shinzen-Daitoku, successor to Kobo Daishi, built this temple to fend off sufferings and to bring fortunes in southwest direction of Danjo Garan. The enshrined principal deities are Dainichi-Nyorai and Daigensui-Myo-o.

Daigensui-myo-o is not a well-known deity but it is said to have the power to protect country from enemies. Originally a child-eating demon, he was converted by the Buddha and became a protector and helper (=Yasha). Thus, he is a deity of non-Buddhist origin assimilated into esoteric Buddhism. As he is a hidden deity, his image is not disclosed to public.